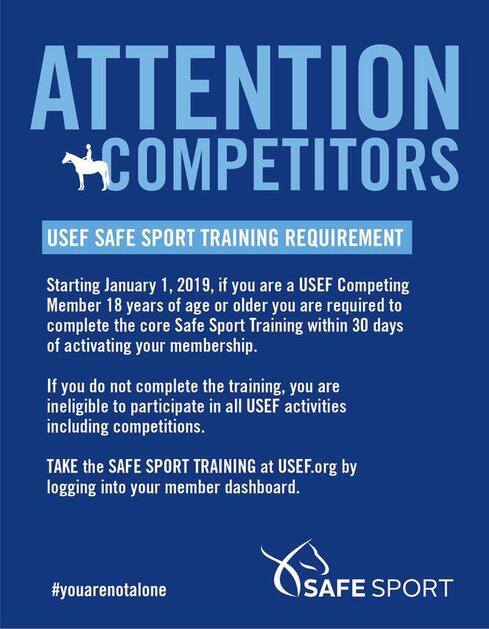 At Federation licensed competitions, horses entering the grounds must be accompanied by documentation of Equine Influenza Virus and Equine Herpes Virus (Rhinopneumonitis) vaccinations within six months prior to entering the stables. Horses not in compliance with this rule may be required to leave the competition grounds upon request by Competition Management. Documentation should consist of one of the following methods mentioned below. The frequency of vaccine administration should be per the vaccine manufacturers’ or veterinarian’s recommendations. It is recommended that vaccines are administered by or under the direction of a veterinarian.

Possible Payback Dressage Classes: Possible Payback Jumping Classes:
The payback classes will have cash awards in addition to the usual 6 rosette ribbons. The total amount available in each class will be 75% of the entry fees plus any amount received as donations specified for this purpose (with a $25 guarantee). For instance, if six riders enter the class (Entry fee for each=$20), the total payback would be $115 (6x$20=120; $120x75%=$90; $90+$25=$115). This amount would be divided among class entrants according to the Payback Table.  Donations will be accepted until the start of the class; please see the show secretary to donate prize money and add to the excitement!

Please refer to the USDF and USEF websites for regulations which apply to all shows recognized by those organizations.
Proudly powered by Weebly